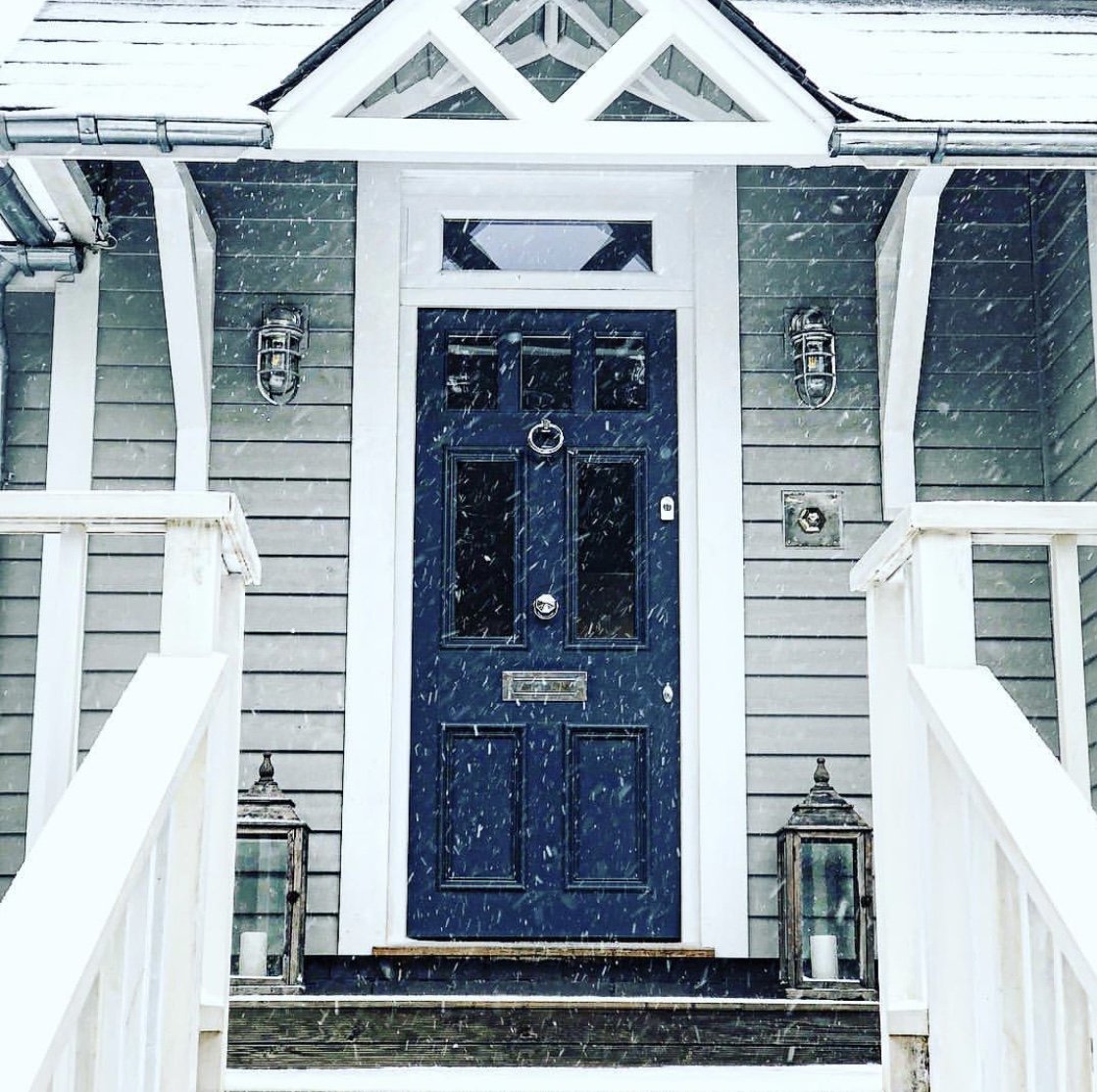 It all started when I was a young teenager. Channel 4 (we only had four channels in the U.K then) started airing a new television production of Anne of Green Gables. It starred the forever fabulous Megan Followes as Anne and the late Jonathan Crombie as the dreamy Gilbert Blythe.

Both characters and actors had me in a spin. I think I was going through a phase of trying not to be gay. I remember finding the telephone number for Megan Followes agent and trekking to a phone box to see if I could speak to her and tell her how much much I loved her. I recorded the series on VHS tape and watched it over and over. I adored Anne, but Gilbert had my heart. I dreamt of living on Prince Edward Island with him. Anne could live with us too if she so wished, but she’d have to have her own room, of course!

In my dreams we had a large white wooden weatherboard house with a wrap-around verandah and a seat-swing. We would sit there, Gilbert and I, sipping lemonade whilst we watched the sun go down. After many years have since passed and many a building project has taken its toll, I have my very own weatherboard home and I have my Gilbert. We sip a little more than lemonade watching the sunset though!

When we bought our latest home it looked nothing like the photograph you see above. It was a 1919 ugly box that wouldn’t have looked out of place in suburbia. It had a leaky conservatory and small dark windows, with no real connection with outside. Honestly, the only reason we bought it was because of the view, everything else you could change! I hated the road it was on, the garden was an overgrown mountainous jungle. It really had very few redeeming features. In fact, the deal was that we would buy it, but that we would turn it into something completely different. I’m not sure if Mr C, my hubby, knew what I had in mind at the time, but it wasn’t long before I started to hatch my plan. We booked a trip to Massachusetts, one of my favourite states. In previous years we had already visited it many times along with Connecticut, Maine, Vermont and Rhode Island. The plan was to have a few days in Boston exploring the Gaslamp district and moseying along Newbury street and Quincey Market. After that it was a ferry ride over to Provincetown, one of our favourite haunts.

The main purpose of our trip was to recover from the awful stress we had endured trying to buy and sell at the same time. The English system for buying and selling property is appallingly bad and is notorious for ruining marriages! I was keen, however, to crack on with my research for the house. Mr C generally sunbathed, while I walked the streets taking photo after photo of wide and detail shots of every clapperboard house I could find. I even knocked on doors and asked whether I could take a look around, Americans can be most obliging, particularly once they hear a British accent.

Something that occurred to me was that all the windows were large and usually sash. They were also framed by a border of painted wood on both inside the house and out to accentuate the windows.

This would be something that we would insist upon in our renovation. We chose a wonderful joinery, which unfortunately went into liquidation last year, which is such a dreadful shame as they were amazing! They worked with me to get every detail right. Our architect Chris at Matchbox Architects designed the house with the windows as the focus, the eyes of the home, the bigger the better! It’s all about the light. Sadly, the lovely canopies over the tops of the windows you can see in the photos above were not going to be possible on the second storey due to the roof ridges, so putting them on the ground floor windows would have looked a little strange.

One of the things that you notice when walking around a bone fide New England home is that the joinery is very simple, particularly in the salt-box homes. In the U.K we would generally always mitre our corners so that they met on the diagonal. Over there things are much simpler with joins on the horizontal or vertical. This is something we copied and Mr C did a grand job on all of the internal windows!

I spent my days on the Cape studying verandahs, outdoor steps, cornicing, canopies, sills and roof lines. My mind became a sponge, soaking up every morsel of architectural detail I could. I was determined to get it just right. One thing you need to know about me is that when I say I’m going to do something, my god I do it! There’s no half measures with me.

Obviously not all New England homes are by the sea, but there is something synonymous with the two. The expanse of sky, the purity of light, the aqua-marine blue of the ocean, it’s all reflected in the whites and pastel tones of the architecture. Even the pillar box red barns seem at home against the white and blue, truly American I suppose. Of course, the style originated in England, hence New England. The chocolate box weatherboard cottages of Kent, Surrey and Sussex were the pilgrims inspiration, creating a feeling of home. They did it bigger and better though, adding the verandahs and balconies to suit the climate, larger windows to take in the views. It’s something that we had to use when fighting for our planning permission. We were told the style was not in keeping with the Surrey vernacular. I promptly researched the area and found over fifteen buildings within two miles of us that were made of wood!

Talking of wood, lets talk cladding. We were advised to use a pre-painted fibre cement board called Marley Eternit. We went to visit a development back in the UK that had used it. As soon as I got up close I knew it wasn’t for us. The moulded wood effect was too uniform and I didn’t like the feel of it. I’ve seen it used to great effect on many developments, so please don’t be offended if you’ve used it, but I gotta like what I like!

There are various other companies that produce faux weatherboarding and a few in the U.K that do the real deal. I sent off for samples of everything under the sun. My main criteria was that it had to be pre-painted, as our climate isn’t the greatest at playing ball when you need it to be dry. It also had to be guaranteed and last a long time with little or no maintenance. After much research, the only company that fitted the bill were Cape Cod Cladding, made from Canadian lodge pine all the way from Canada! We used a British distributor Vincent Timber, who were absolutely amazing. The cladding comes in a huge range of colours and profiles. We chose the rebated bevel 6 inch in Heritage Gray and all the trims were in Rail White. The nails used to fix the cladding to the felt and battening were also pre-painted in colour-coded paint, so they disappear. Framing the entire house in white trim is quite an unusual step for a traditional New England style, but I had seen it done many times in historical Key West, where the houses have a very similar look, although slightly more ornate, particularly the verandah and canopy detailing. For our house though, the white trims would work beautifully and really make the house pop.

We visited an estate in Kent where they had used Cape Cod cladding. It had been built fourteen years earlier, so it was the perfect site to visit to see how the weather boards had held up over the years, don’t forget the paint warranty is for fifteen years. Mr C and I were so impressed! None of the houses showed signs of paint peeling or flaking. The colours had just faded. Some of the house owners had re-painted using the same paint from Cape Cod Cladding. I spoke to one such owner, who told me that re-painting the boards was a breeze. The paint just glided on with no need for sanding, so we knew at that moment that it was for us.

The key to getting the style right is to do your homework. Know exactly what you want down to the tiniest of details. Employ an exceptionally good carpenter. Our guy was a true perfectionist. At times that was frustrating as we had a tight building schedule and the weather was turning. The cladding was finished in late December.

I could go on writing for hours more about my love of New England style, but I think that’s enough for now. I’ll definitely revisit this subject again for future blog posts as there is so much more to tell you all, things you might not think of if you are considering using the style on a house project. Things like: fitting the windows further out from where they would usually be placed in a British brick-built home, using galvanised steel guttering and how to place lighting fixtures on overlapped cladding (not a flat surface!).

So, until next time, thanks so much for reading. I hope its been interesting and if you’re thinking of doing a similar project, I hope its helped a little. I’m off now to sip lemonade (honest) with my Gilbert on the verandah. Bottoms up!

You may also enjoy:

This site uses Akismet to reduce spam. Learn how your comment data is processed.

Subscribe to my blog and receive posts direct to your email inbox.

Winner of Best Written Blog and The Blogger’s Choice Award 2021!

The form collects name and email so that we can add you to our newsletter list for project updates. Checkout our privacy policy for the full story on how we protect and manage your submitted data!